Kim B Ashton’s music has 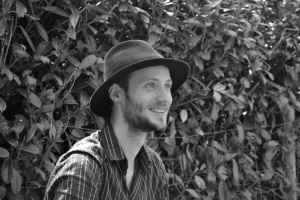 been heard in concerts and festivals in the USA, France, Germany, Portugal, Sweden, Norway, Denmark, Belgium, Croatia, Bulgaria, and throughout the UK. Kim’s recent orchestral work Spindrift, written for the London Symphony Orchestra, has recently been released by the LSO on their own label, complementing existing recordings of his chamber pieces on the Lorelt and Nonclassical labels (the latter disc was voted ‘No.1 Best Classical Album 2010’ in Chicago TimeOut). Recent large-scale works have been performed by Ensemble InterContemporain, the Orchestra of the Age of Enlightenment, the Orchestra of Opera North, and Orquestra Gulbenkian, and players from the Budapest Symphony Orchestra. A former oboist, a selection of his oboe works is published by Composer’s Edition as part of the New Oboe Music project. His interest in opera/music theatre is reflected in a long-standing relationship with Paris-based theatre collective La Chambre Aux Echoes, while in the UK his two most recent music-theatre pieces have both been developed/performed with Arts Council Funding (Tonseisha at Grimeborn, Dinefwr and Tete at Tete Festivals, The Winter’s Tale at London’s Cockpit Theatre and the Jerwood Kiln Studio, Snape Maltings).

After studying oboe at the Purcell School, Kim graduated from Cambridge University with a prize-winning double-starred first in music. He then won a scholarship to study oboe at the Royal Academy of Music, but after a residency conducting the National Symphony Orchestra of Myanmar, decided to pursue composition. During his PhD, Kim studied with Silvina Milstein and George Benjamin at King’s College London; he is now a visiting lecturer at Cambridge University, where for the last 10 years he has taught composition, history, and analysis.